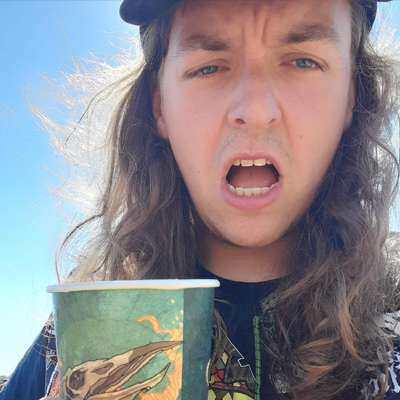 I’m James, the host of the show Metal Attack. I developed a deep interest in heavy metal growing up listening to bands such as Black Sabbath, Iron Maiden and Metallica, however it was upon listening to Slayer’s Reign in Blood that my whole idea and viewpoint on metal changed entirely. I immediately began searching out new bands and genres that would take metal in heavier and previously unheard of directions, and I became totally obsessed by death metal, thrash metal, crust punk and grindcore, plenty of which will be featured on my show.

My 10 favourite albums are:

Discharge – Hear Nothing, See Nothing, Say Nothing