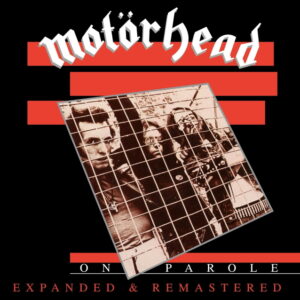 Remixed from the original analogue tapes and re-released this year with bonus tracks, is the 2020 version of this album any better than its 1979 original?

As I have said in other reviews, you’d better make sure a new master of an old album offers up something different, otherwise what is the point? Luckily, the new album features six bonus tracks that include a previously unreleased original take of “Iron Horse / Born to Lose” and an unreleased demo version of “Fools”. The other bonus tracks include “On Parole”, “City Kids”, “Motörhead” and “Leaving Here” in their original takes, but remastered for the new release.

This album was originally recorded in 1976, but it took three years to be released and became the 4th Motörhead album. With a remixed album that was originally recorded to an analogue format, no amount of digital trickery is going to make it sound amazing – unless it already is. Luckily this album has benefited from the digital process and hasn’t lost too much of its original sound and what a sound it is. Compare the demo of “Fools” to the original but remixed version to see just what I mean.

This is a completely different Motörhead to Ace of Spades. There is more of a classic rock beat to their songs, with some classic solo’s that have a solid overdrive with more mid range. Vocal’s range from pop punk to heavy rock. “On Parole” in particular has some blasting guitar solos. You can see why their early sound was so popular. It bridged the gaps between rock and punk forming a new sound that identified with the rock fans of the time. This album also featured the early line-up of the band with Lemmy on vocals and bass, Larry Wallis on guitar and vocals, and Lucas Fox on drums. Additional drums were added in the remix on tracks 1 through to 8 by Phil Taylor, but the original drums from Fox have been retained on all 15 of the tracks on the album.

This is one of those albums that any one that identifies as a Motörhead fan should have in their collection, no excuses. Even if you have the original, you should get this for the added material. Talking of which, here is something I don’t ordinarily add; the track listing:

A massive 40th anniversary retro score of 8/10 for this one. It’s worth it.