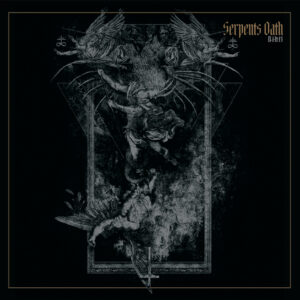 Who are Serpents Oath? They are loud, very loud. A band of musicians from Belgium who seem to have pushed the volume on their recordings to the limit. This is black metal, so called because the lyrics deal with the Devil and the supernatural. Not that it’s always easy to tell, because differentiating the lyrics from the music is not always clear.

This is the first album from the band, and it tells. Don’t get me wrong, they have a great metal vibe and their songs do make you want to just get lost in the noise, but that’s the problem at times. However, I am doing them an injustice if I don’t tell you just how good some of the tracks are.

Starting with Vox Mortis, the first track on the album, we are introduced to a mix of ambient sounds and voices and it looks like it is going to lead into something – but then it just stops, dead. I had to check the speakers were working. However, if you don’t take the track on its own and think of it like a track on a CD, then it becomes a clear lead into the second track on the album, Speaking in Tongues. There lies a problem, because if you take the tracks own their own merit, the first track doesn’t work. Not in a digital world where CD’s are becoming scarce. Speaking in Tongues is hardcore, but tuneful, metal. That is until you get to the third track, Leviathan Speaks, and suddenly realise they are almost exactly the same apart from the lyrics. Same guitar, same d 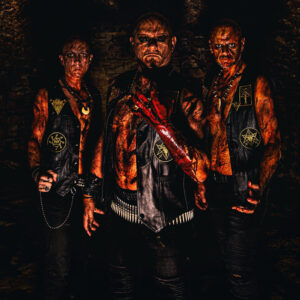 rums, same vocals, same base – almost. Then we have another track where we get some ambient vocals and voices, (Thrice Cursed). This is where I thought, “Maybe this is by design?”

Track 5 Malediction starts off with some great guitar mix and a tight drum beat too, then we go into fast drums over a slow guitar refrain. It’s like a medieval movie and would be greathad I not already had a headache. Serpents of Eight follows on with a good refrain and jumps between this and some thrash drums and guitar. Then we come to Bestia Resurrectus which lasts for a few seconds and then stops. This is followed by Into the Abyss which has a portentous introduction, which then gets lost in the mix, reappearing when the vocals stop. Something about that track kept me listening, especially when it changed pace. Again, with the track Mephisto, we are introduced to an ambient swirling introduction, with vocals, that then stops dead. I was beginning to think by now that I had broken the headphones, (I had already blown the speakers), but no – this was another track that leads into the one after. I should have known. The remaining tracks on the album very much continue in the same pattern, ending with Beyond the Gates which has possibly the best introduction of all of the tracks, and also has no real instrumental.

Now here is the problem.  I don’t like music that doesn’t allow me to separate the vocals from the background noise. Having been a guitarist and singer for a very long time, my hearing is already 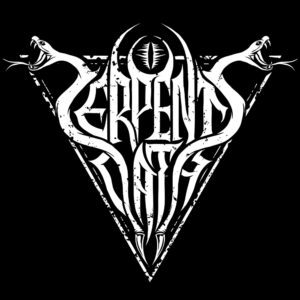 slightly damaged, so I like to be able to hear the separation in the track. This album is just so compressed at times; I had problems listening to it. Now, it could be that the issue was with the quality of the digital files that I was given to review the track with, in which case I’m sorry but they should have been a better quality. Even if the problem wasn’t the files, the band needs a better production process and a little more imagination with the song structure.

There will be fans of hardcore metal that will love this album, but not me. I had a massive headache after ten minutes, and I never got that with Slipknot, Maiden, Motorhead, Genus Ordinis Dei and so on. Sorry guys, this is a 5/10 from me, but to be fair I think that someone into this sort of music should also look into this, so I will pass it around the station.

Despite my score, (which is always my own personal taste), if you are into this music you should give it a listen.

The album is released on 4th of December and is available in digital, CD and vinyl formats and the cover art is bloody awesome.